Here’s a List of 29 Different Types of USB Attacks

Researchers from the Ben-Gurion University of the Negev in Israel have identified 29 ways in which attackers could use USB devices to compromise users’ computers.

The research team has classified these 29 exploitation methods in four different categories, depending on the way the attack is being carried out. 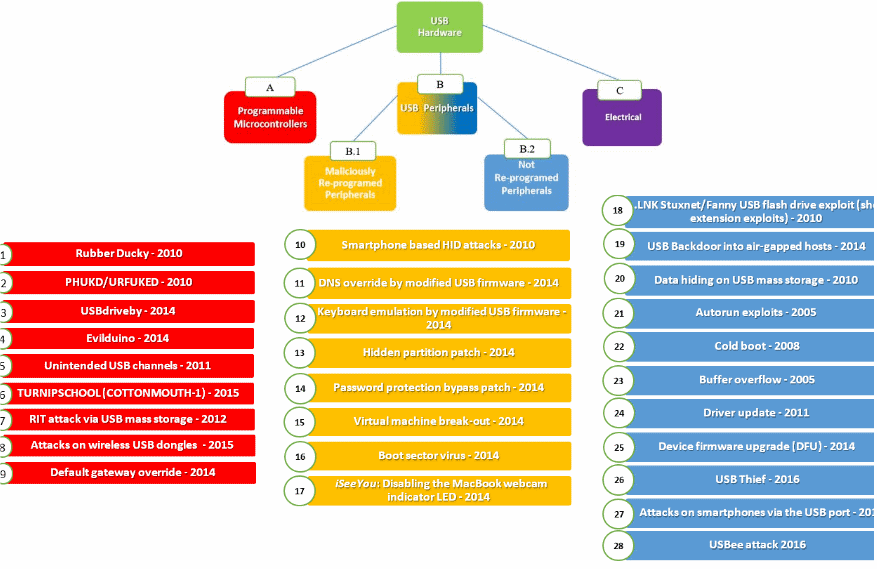 The Ben-Gurion team detailed all these attacks in an article published last year in the ScienceDirect journal.

The purpose of this research was to alert users of the many ways that USB devices can be abused to infect their systems and covertly steal data from protected and air-gapped networks. The research team’s recommendation is that USB devices be forbidden or at least strictly controlled in secure networks.

Sorry, the comment form is closed at this time.